Would you like to switch to the accessible version of this site?

Don't need the accessible version of this site?

Anemia and Your Oral Health 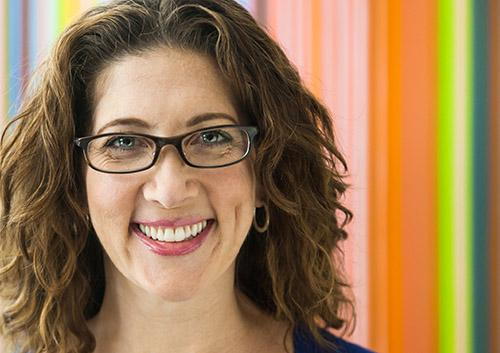 One of the most common clues that you might have anemia is found in your smile. If you’ve noticed that your gums are suddenly paler than they used to be, it could be a sign that you’re anemic. What does this mean for your general health—and your oral health?

There are several types of anemia, which have can be caused by different medical conditions and which can cause different symptoms. The most common form of anemia, and one of the most easily treated, is iron-deficiency anemia.

Iron is essential to our health. Why? It’s all about the red blood cells. First, some biology.

Every cell in your body needs energy to live and to function. Cells get this energy from the foods we eat, which are broken down into a simple sugar called glucose. Glucose molecules are transported by our blood cells to reach all parts of the body. But that’s only the first step.

So, how do we move this oxygen from our lungs to our cells to start the process? That would be our red blood cells again. But this process can’t happen without adequate iron. More biology!

Red blood cells contain a protein called hemoglobin, and hemoglobin contains iron. In fact, well over half of the iron in our body is found in our red bloods cells. And here’s the key to iron’s importance: iron attracts oxygen molecules.

Hemoglobin picks up oxygen in our lungs and delivers it throughout the body, where it becomes glucose’s essential partner in fueling our cells. Without enough iron, your body won’t be able to create the red blood cells it needs so that all of your cells, tissues, and organs can get the oxygen they need to function efficiently.

When might you suspect that you’re anemic? Your gums, the lining of the mouth, the inside of your lower eyelids, and your skin can take on a paler hue—the classic sign of anemia. But other symptoms which you might not necessarily associate with anemia are also common, including:

And because anemia affects the whole body, your oral health isn’t immune. It’s not just a matter of pale gums. Iron deficiencies can cause:

Iron-deficiency anemia can have several causes, among them insufficient iron in the diet, medical conditions which cause bleeding (such as ulcers), heavy menstruation, pregnancy, or growth spurts in children and teenagers. Treatment will depend on the cause of your anemia. It might be as simple as a change in diet or an iron supplement, or it might require further treatment options. Do consult with the doctor before taking iron supplements, as too much iron causes iron toxicity, which can be very dangerous.

If the doctor and our team suggest that you might be anemic, or if you notice changes you think might be caused by anemia, see your physician for a simple blood test. Besides iron-deficiency anemia, there are other forms of anemia and other diseases which can mimic these symptoms, so it’s important to get a doctor’s diagnosis. If you have been diagnosed with anemia, let our Pennsburg, Pennsylvania dental team know.

One last “if”: If you do have iron-deficiency anemia, don’t delay treatment. The sooner your red bloods cells are back at their peak, the sooner you—and your gums—will be back in the pink!

Find us on the map